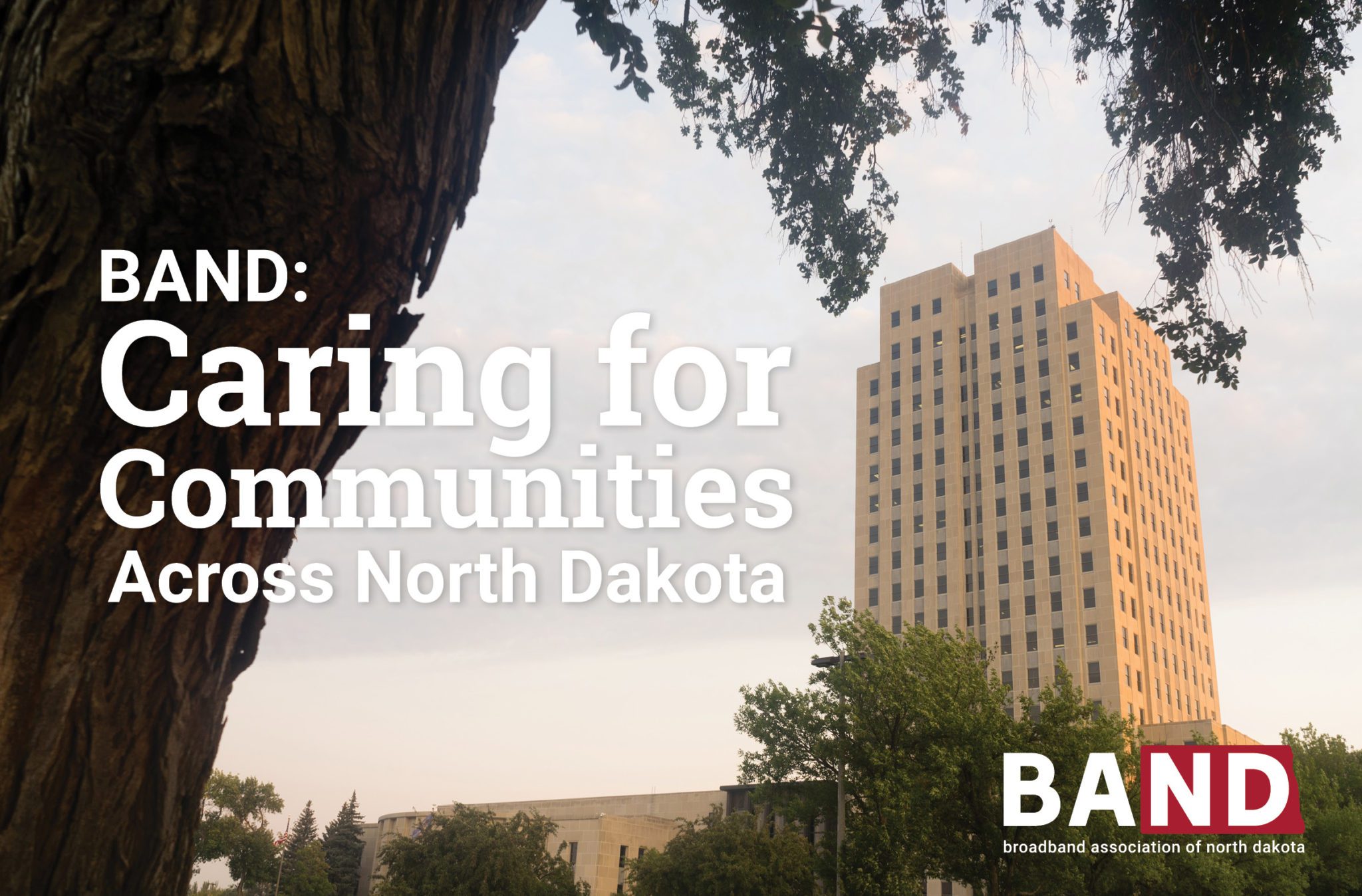 When Victoria Clair moved from Las Vegas to Williston, North Dakota in 2015, she was drawn to the easy-going pace of small-town life. Unhurried by the hustle and bustle of a big city, residents could take time to unwind, connect with the natural world around them, and form relationships with their neighbors.

“We fell in love with the people here,” Victoria said. “They’re good, they’re kind, they’re involved, and it’s not such a rush.”

But while Victoria enjoys the slow pace of her new small-town life, she needs the resources that her small business runs on to move quickly. As manager of Destiny Med Spa in Williston, Victoria relies on broadband offered by her local provider and BAND member, Nemont Telephone Cooperative, to communicate with patients and connect them with industry-leading health and wellness solutions.

Jerry Tilley, Chief Operations Officer of Nemont, recognizes that dependable, efficient internet is no longer a luxury, but a necessity—one that is not limited to major cities. For many years, as internet access expanded and improved in cities across the country, rural communities like Williston continued to be overlooked by internet service providers. That is where the member organizations that make up the Broadband Association of North Dakota (BAND) stepped in.

“We serve, in many cases, areas that no one else really is interested in serving,” Jerry said. “We’re the ones that care about our friends and neighbors and communities.” 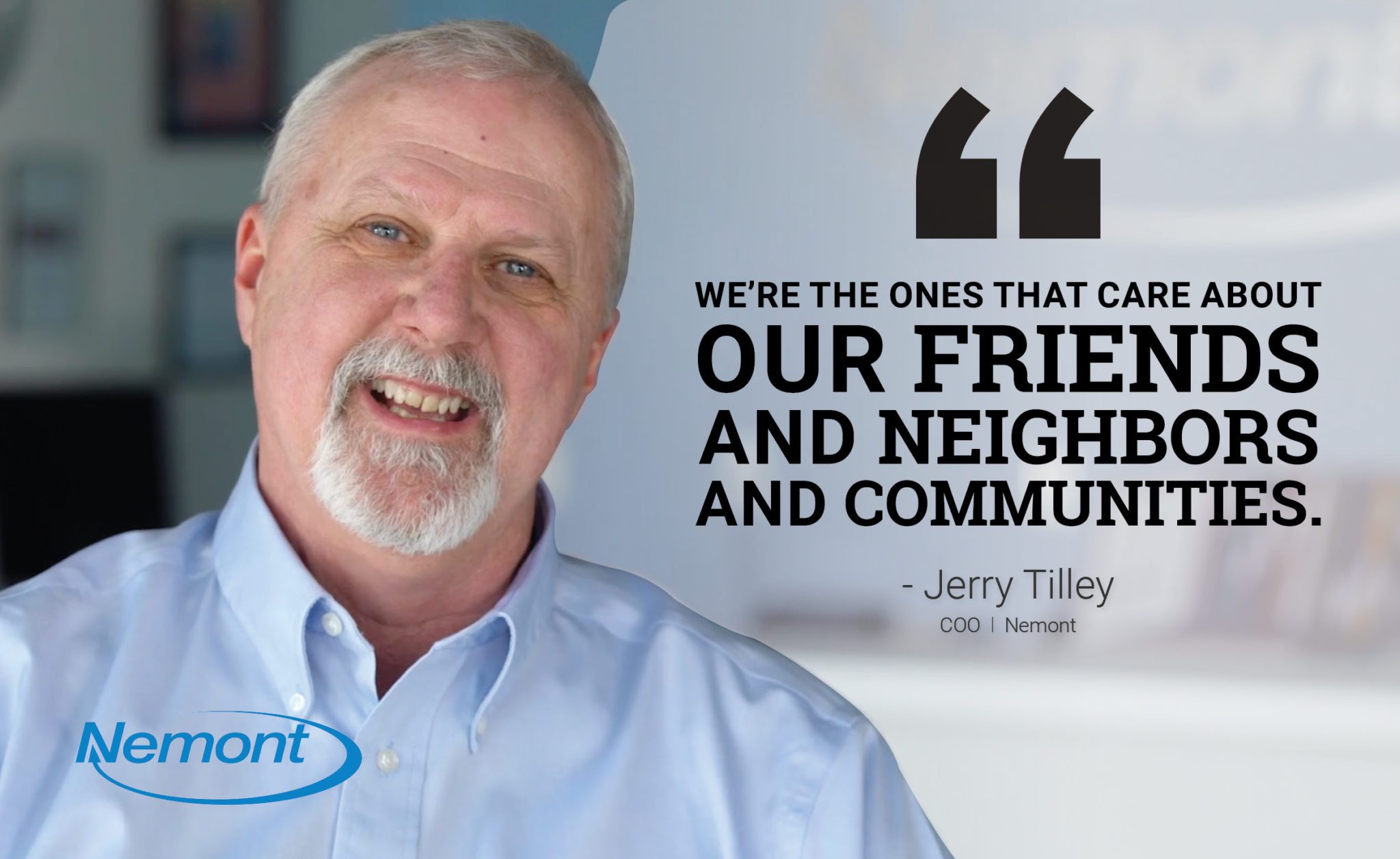 Caring for your neighbor is just what North Dakotans do, and it is what sets BAND and our members apart from other providers. With 18 member companies delivering world-class telecommunication services across the state, BAND’s members ensure that their customers are able to communicate with and provide for their communities, regardless of population numbers or proximity to larger cities.

“The members of BAND have taken it very seriously to deploy fiber optic facilities throughout the state,” said Keith Larson, Chief Executive Officer of Dakota Central. “Thanks to the collective efforts of the BAND members, we’ve been able to be one of the most connected states in the U.S.”

Check out our “Care Everywhere” video to see the impact that BAND member companies are having on communities across North Dakota!

Caring for Our Communities

Every day, the quality broadband provided by BAND and our member companies is used to improve the lives of North Dakota residents. “Care Everywhere” highlights just a handful of the ways that our customers are utilizing broadband to care for their communities.

The North Dakota E-Care School Health Program, a collaborative effort between Mid Dakota Education Cooperative and the North Dakota Department of Health, utilizes high-speed internet provided by BAND member SRT Communications to help students at rural schools access the healthcare they need. The program connects students with registered nurses via video call, while medical attachments called peripherals allow them to conduct exams and give recommendations about whether the student should stay in school, go home, or see a doctor for further testing.

According to Liz Tofteland, program manager for ND E-Care, something as basic as dependable broadband can mean fewer hospital visits and greater overall quality of life for students at rural and under-served schools. 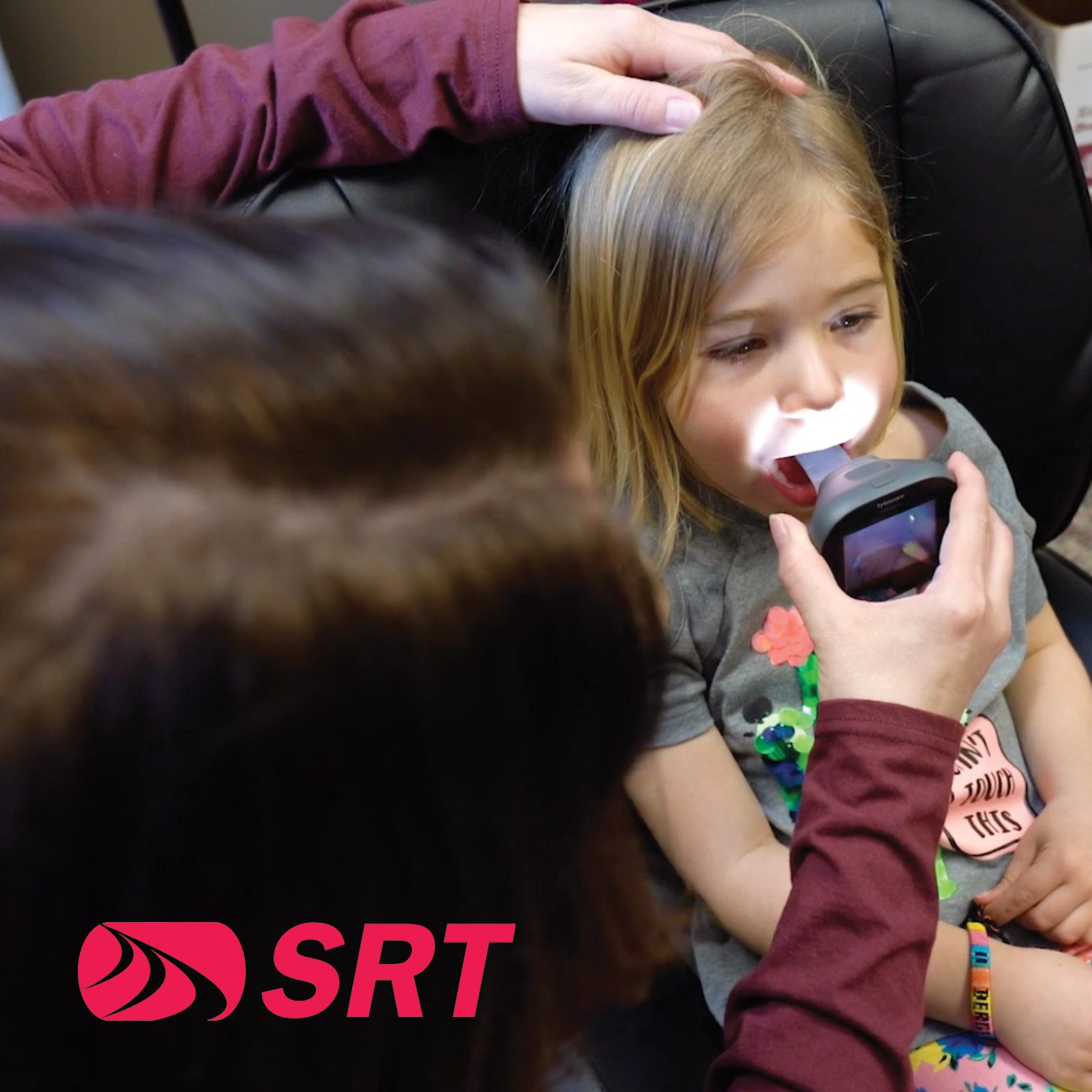 That knowledge brings the entire community peace of mind.

“We wouldn’t have this opportunity for our rural schools to have actual RNs available to them throughout the day without our internet service,” she said. “To know that those kids are going to be safe gives us so much more comfort.”

While broadband access is making groundbreaking new programs like ND E-Care possible, it is also improving the services of long-standing North Dakota institutions. Kris Nitschke is the therapy operations manager at the Jamestown campus of the Anne Carlsen Center, a non-profit that has been working to make the world a more inclusive place by providing education and support for individuals with developmental disabilities for more than 75 years.

High-speed internet access provided by BAND member Dakota Central Telecommunications Cooperative allows Kris and her colleagues to deliver more services to more individuals. Kris has seen first-hand the impact that this has on the Center’s residents. 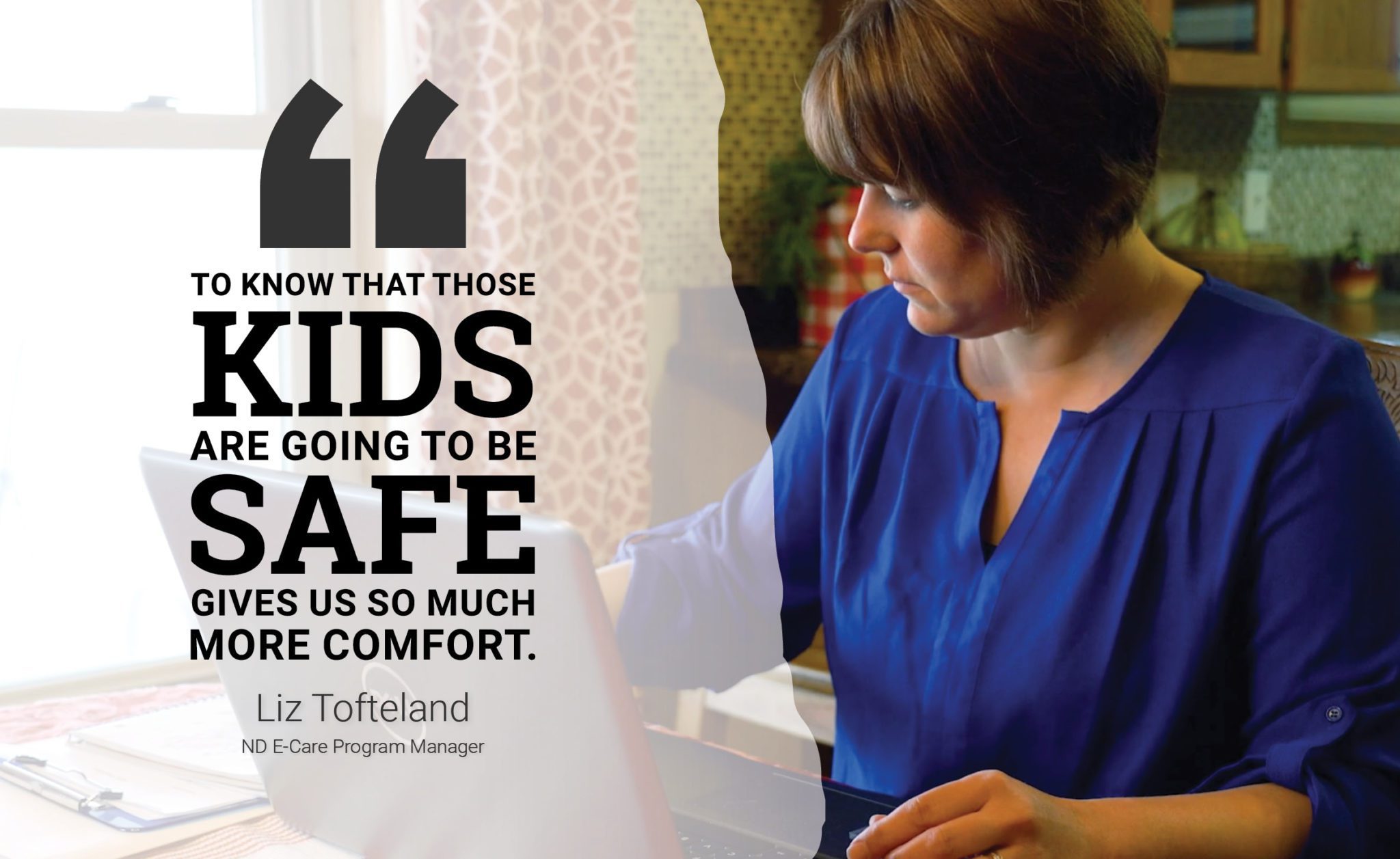 “I am here because of the individuals we serve. They are amazing, amazing people and they teach me more every day,” she said. “Broadband can support them so they don’t lose the services. When you see them reach a goal more quickly it makes it all better and it makes for a joyous situation. You just get happy when they are happy.”

Customers like Kris, Liz, and Victoria go to work every day because they care about the people they serve. It is not about money, or praise, but about making a difference in the lives of North Dakotans.

It is the same reason BAND members are devoted to delivering quality broadband to every corner of the state.

“Our heart is in the right place. I know there are folks who look at us as just another company trying to make a buck, but that’s not true,” Jerry Tilley said. “We do need to make money to stay in business, everyone does, but we are absolutely committed to doing the best we can and providing the best services for those that we serve.”

As BAND, we promise to continue delivering high-speed, reliable broadband across North Dakota so that our customers continue to focus on what matters: caring for their communities. 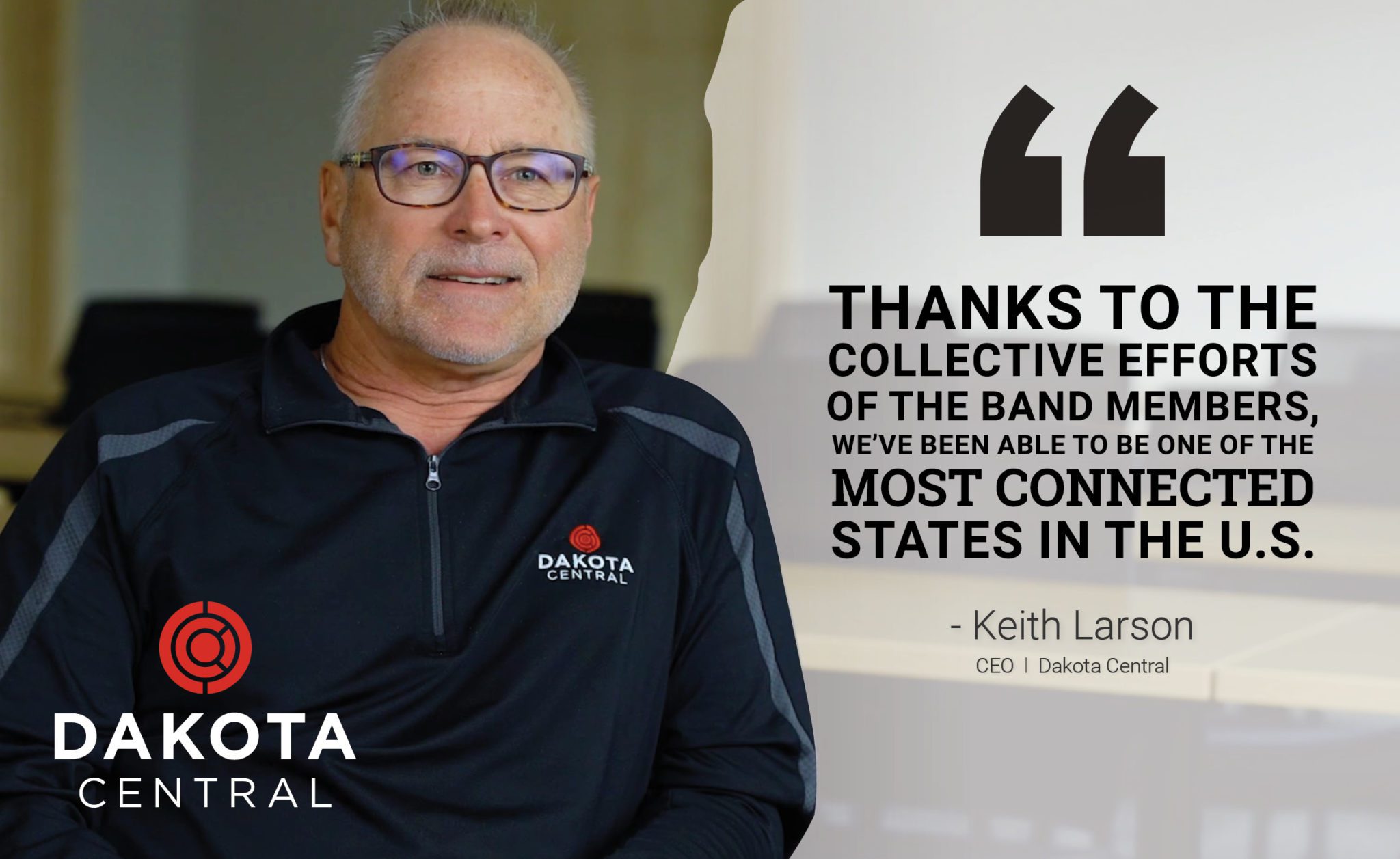 To learn more about BAND and your local broadband provider visit https://www.broadbandnd.com/ 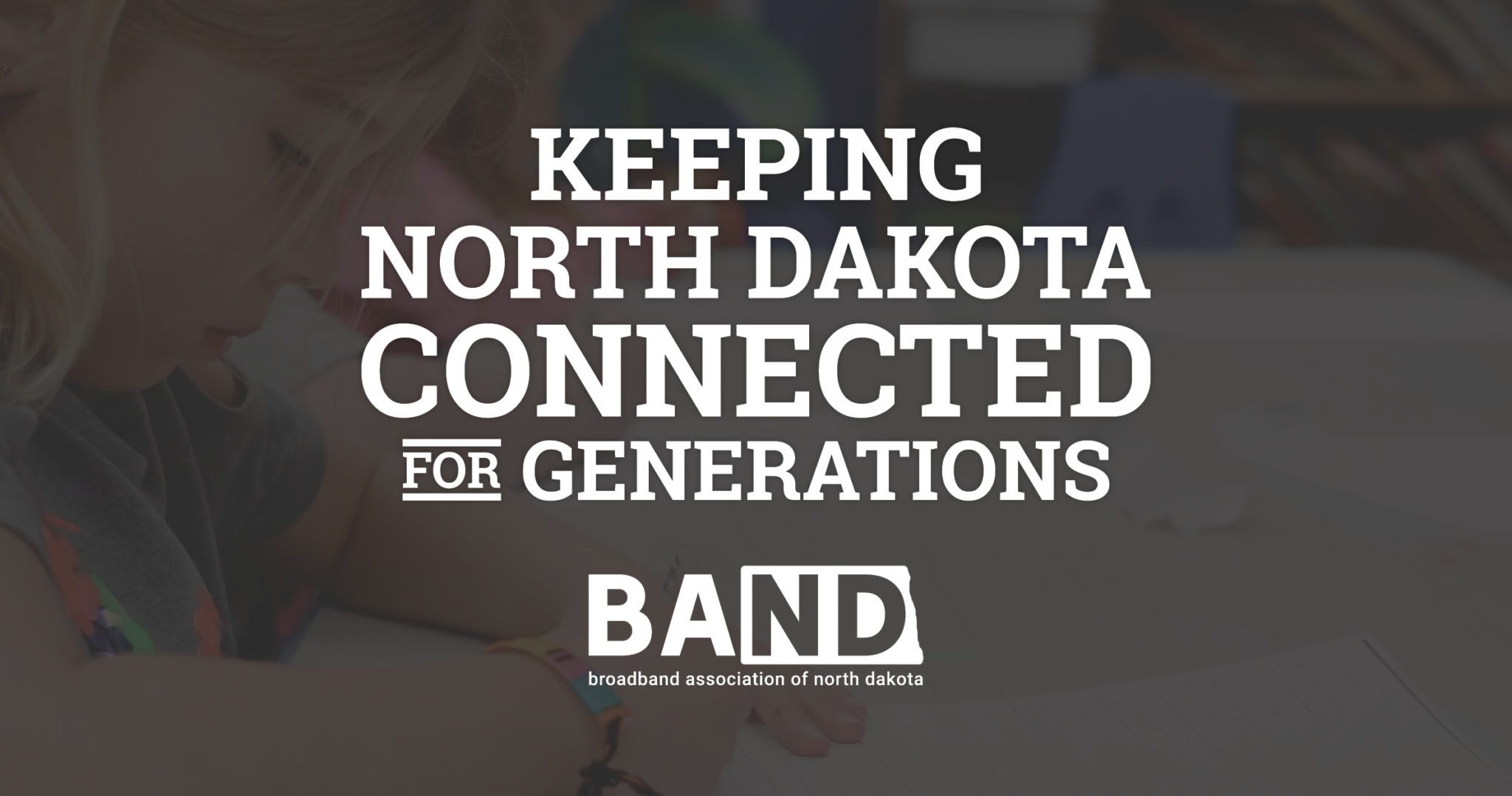